RSS
← What is art to you?
On the street where you live → 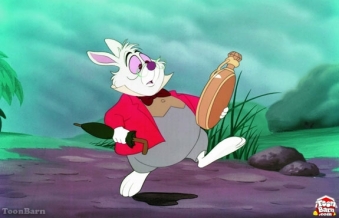 I do not have children, nor am I affianced or married. But, I had a girlfriend describe her days to me recently, and as is often the case – my brain went wobbly and some words came out. What follows is, how I imagine I would feel at the end of the day she described.

I write nonsense. Gibberish is its usual name. Now, of course sometimes a thought comes out, winds its way through your ears and round your mid-section, tugging and not so gently pulling until it forms words. Words that drip down your fingertips, from pen to paper, keyboard to screen. But more often than not, it is nonsense.

This used to bother me. I had an English professor in college who asked why I didn’t write more. I told him, if I wrote, someone might read it, and then I would die the slow death of a thousands words. My death scenario sometimes changed. Sometimes, I thought I might be impaled by a mighty paragraph, wrought into a fiendish sword. “Rubbish!” he said, “either you write because you can, or you don’t because you can’t. There is no in between.” When you”re barely legal to drink that statement sounds – profound. When you’re on the far side of not being twenty, He, sounds like gibberish.

Boyfriends turn into fiances, who turn into husbands, and husbands turn into families with two dogs and a cat. In a whiplash, you’ve started to worry about bank balances, whose day it is to take out the trash, and, you’re sure you spotted another grey hair yesterday. Dinner time is a glorious din of  “stop pulling my hair” and “mummmmmeeeeeeeeee” and “Do not feed the dog your broccoli!” Days: too long, stuffed with diapers and temper tantrums; being too tired to make love to your husband; and forgetting to feed the dogs, days like these, run the risk of becoming cyclones of emotions. Thank God you’re too tired to feel anything! And now, you long for the days when your greatest worry was the written word. When, the angst you felt about writing gibberish, becomes instead a welcome pleasure.

Oh, so what, if you banged your toe on little Johnny’s toy truck? Yes, the very same one, you told him to put away not three, but four times before dinner. Instead you remember his face on Christmas morning when he saw it. Did Sir Snoresalot, over there, remember to take out the garbage? Probably not, but you know he’ll check it in the morning, so no harm, no foul. Were the dogs fed? And, who cares if Emma, his little Emma (who can do no wrong) refuses to wear anything but that nauseating pink tutu you bought her at Easter? None of it matters. You will wake little Johnny up and force him to brush his teeth, as he conveniently forgot. You will sneak into Emma’s room and kiss her pudgy cheeks. You will not pour bleach, accidentally on purpose, all over the offending tutu as you load the machine. Toys will keep till tomorrow. You’ll pull that dreadful tutu out of the dryer come morning, and yes even the dogs will be fed.

In a few minutes with your laptop booted, and a warm cup of tea at hand, you will welcome the gibberish. That delightful nonsense that sends you back to your girlish twenties and svelte figure. Moments like these become flights of fancy. Here, between worlds, the hallucinogenic absurdities of Alice in wonderland make perfect sense. You too, often feel like that bloody rabbit screeching, “I’m late, I’m late, I’m late”. If you could just bend time or melt the face of it. But, alas, you can’t. All you can do is let you fingers slide across the keyboard, and delve into a world not too dissimilar from your five year old’s dreams. Here you can forget elections, foreign debt, crime statistics, and yes, even a snoring husband. No “Politics Nation” or Chris Matthews, just the quiet of a sleeping house, when at last you find yourself resting, on a cotton fluffed cloud … of gibberish.

← What is art to you?
On the street where you live →